This trial with ‘Vernia’ scion was planted in a grove near Basinger, Highlands County. Planting commenced in 2006 and was completed in 2007. Because the block had different soils at each end, it was decided to plant two sub-trials, one at the east end [NE] and the other at the west end [SW] of the block. There were 14 rows [7 double-row beds] each at the NE and SW locations with 6 replicates of 8-tree linear plots with a break [no tree] at the end of each plot at NE and SW sites; thus, 48 trees on each rootstock at each location, NE and SW, or 96 trees total was the planting goal.  The number of trees on each rootstock was not consistent, thus, the trees available on each rootstock were assigned to reps such that Replication 1 had the highest priority [most rootstocks of those available] and Rep 6 had the fewest rootstocks. There were 68 rootstocks, mostly citranges from the UF program, the C-series from California and various USDA hybrids.  Data collection continued until 2017 at which time a final report was prepared.

With consideration of all measured, rated and calculated variables and the presence of canker and HLB, the consistently top performing rootstocks were C-54, US 812, PxM 1584, AP 6556 and Cleo. Cleopatra mandarin was the only commercial rootstock [Cleo, Swingle and Kuharske] that ranked well among all rootstocks. The statistical analyses did not support significant effects because of location: NE versus SW.

One objective of the trial was to find rootstocks that produced high-yielding, HLB-tolerant and smallish trees [8 ft. in height at maturity]. No such rootstocks were apparent among those adequately replicated. 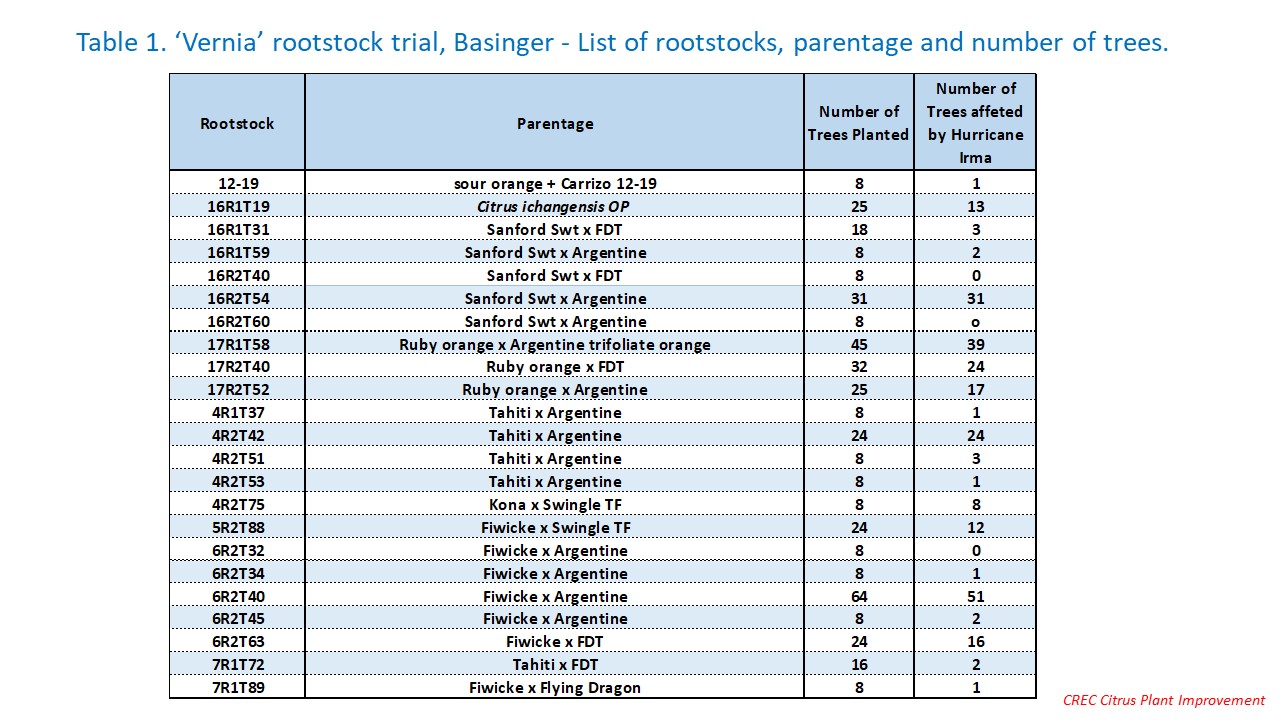 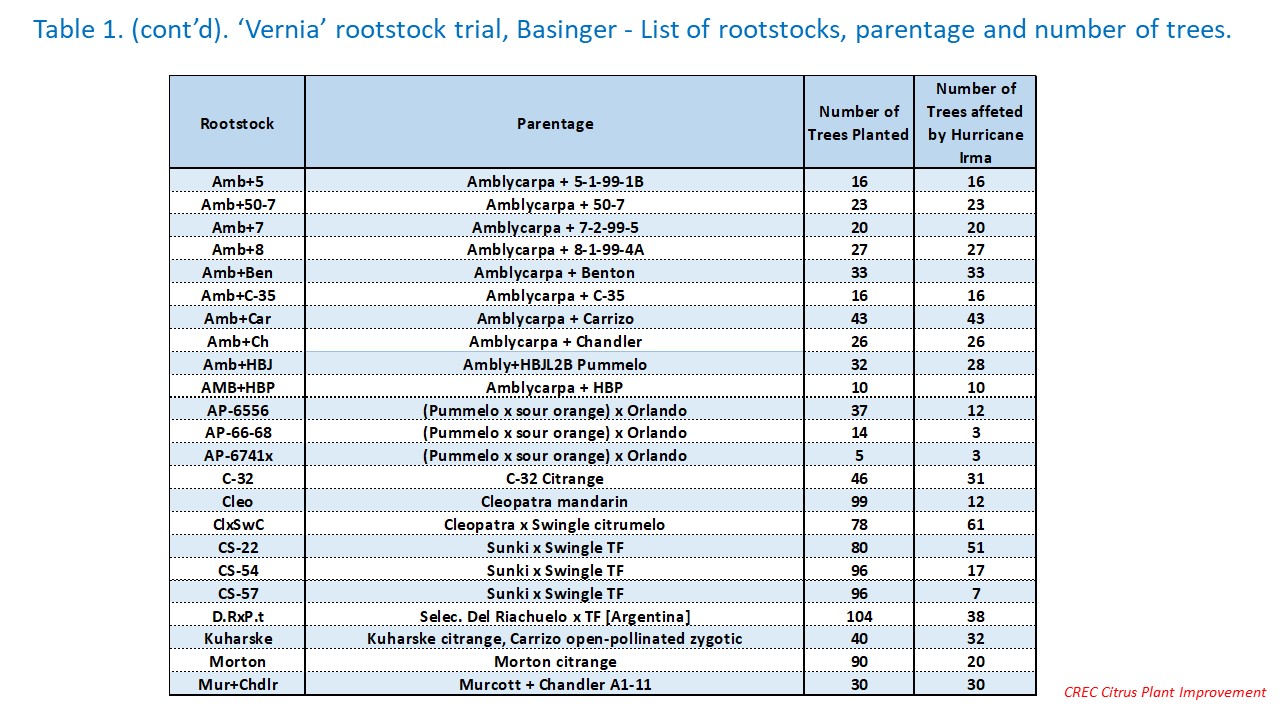 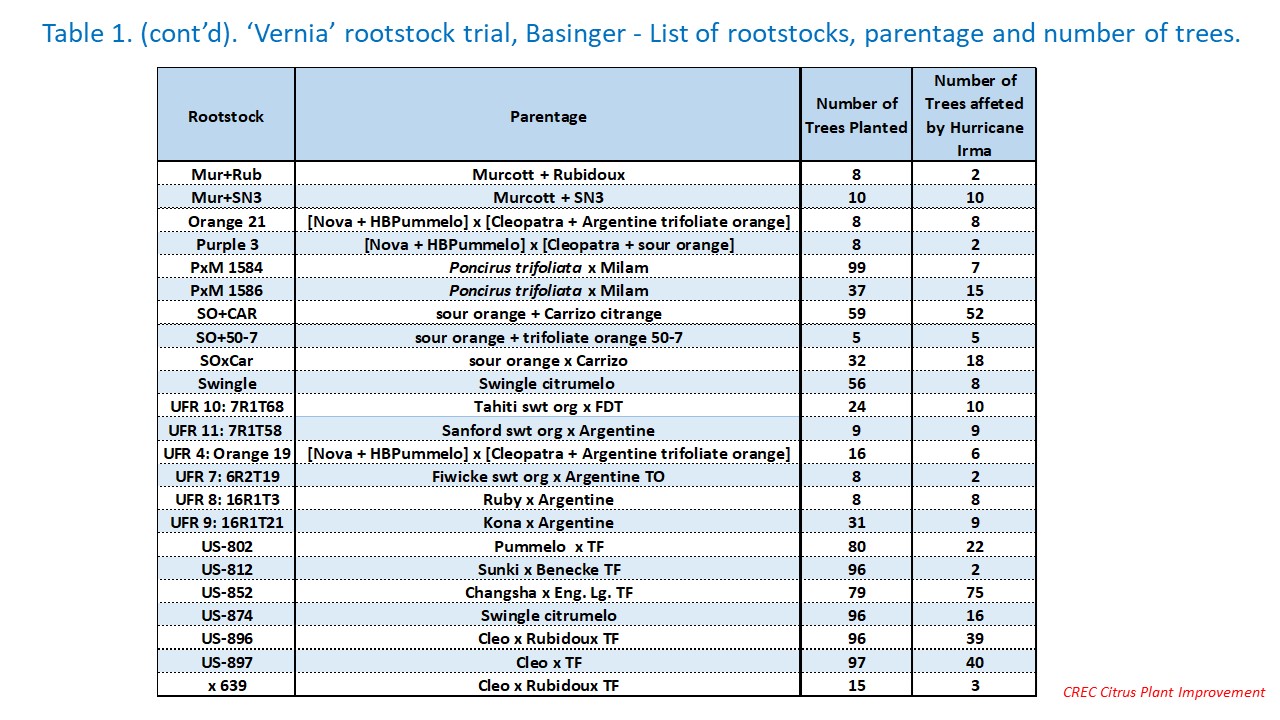