Citranges are an important group of rootstocks utilized worldwide. Trees on citrange rootstocks generally feature robust growth, good disease resistance, heavy production and good fruit quality. The purpose of this replicated trial, planted in 2007 west of Vero Beach, was to assess the performance of ‘Marsh’ grapefruit on a collection of 42 promising rootstock candidates (mostly citranges from California and the CREC breeding program), under typical Indian River grapefruit conditions. Disease ratings and yield and fruit quality data from this trial were used in the decision to release citrange rootstocks UFR-7, 8, 9, 10, 11 & 12. 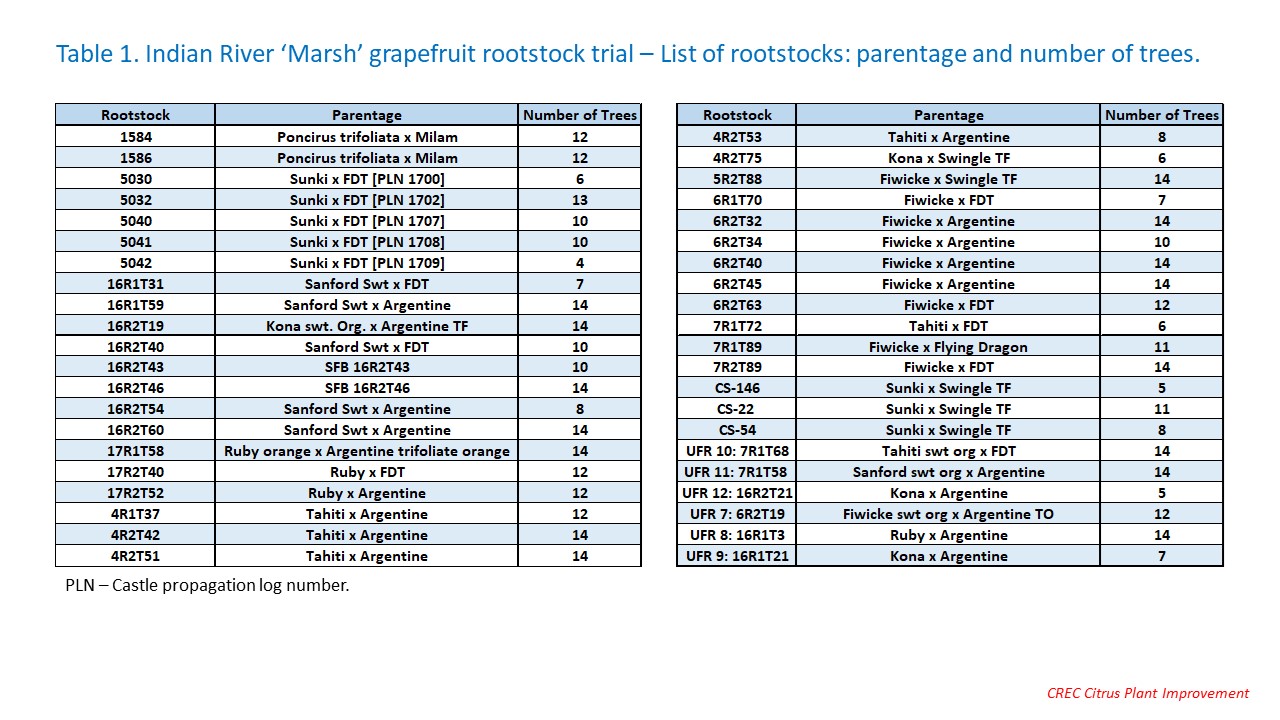 At this special field day, the primary objectives were to show attendees the types of rootstock-HLB responses the researchers experienced in a field trial; and to see how independent grower ratings matched those of the researchers.  There were about 50 attendees who were invited to walk the trial with a map and record any trees that rated "good", i.e., clearly better appearing than surrounding trees.  Forty maps were returned. 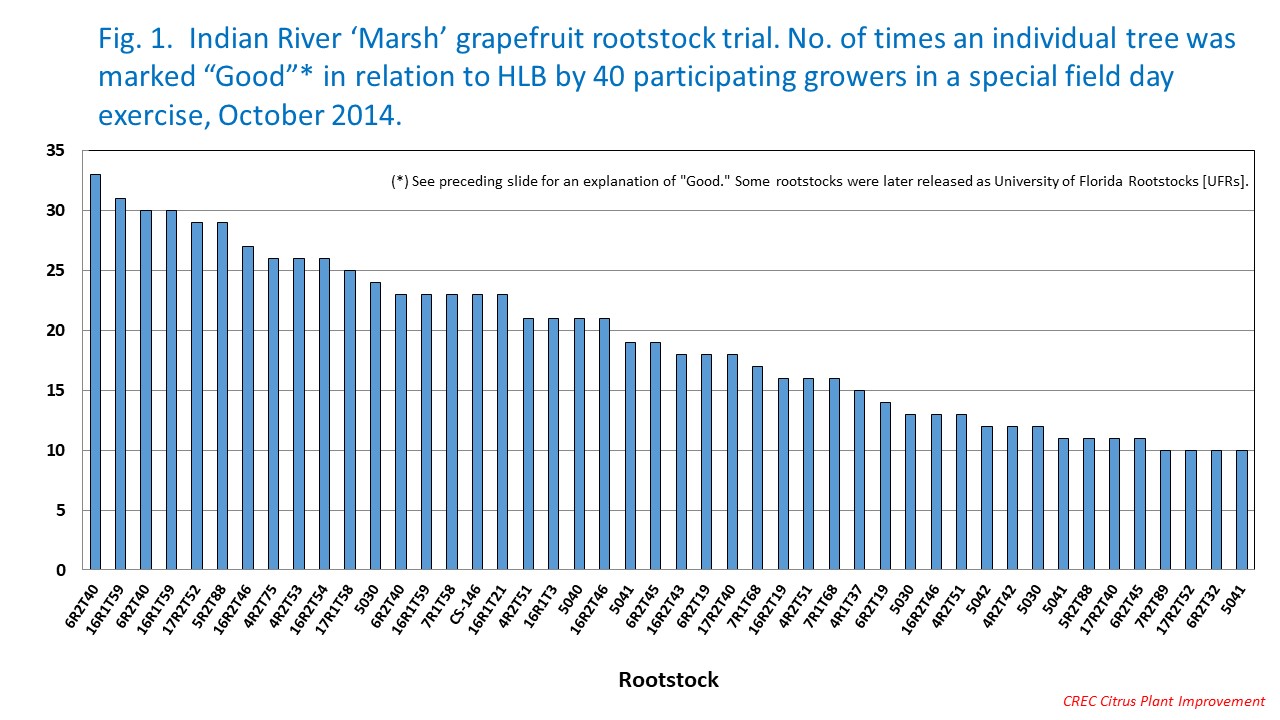